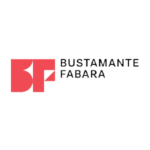 On January 17, the Market Power Control Superintendence (“SCPM”) submitted the draft Organic Law on Unfair Competition (the “Draft Law”) to the National Assembly, which regulates and prohibits acts of unfair competition and proposes to convert the current SCPM into the Superintendence of Economic Competition.

It seeks to establish an autonomous protection system that regulates unfair practices, regardless of whether or not the perpetrator affects the market, different from the current regime under the Organic Law for the Regulation and Control of Market Power (“LORCPM”).

The Legislative Administration Council (“CAL”) of the Assembly has 60 days to qualify it and refer it to the respective Specialized Commission (Economic, Productive Development and Microenterprise) for processing (approval in two debates). If approved, it is not expected to take effect before the second half of 2022.

How does the current regime change?

The current regime will not change until, if applicable, a reform to the LORCPM is approved and comes into force.

The LORCPM typified some behaviors as unfair practices (acts of deception, imitation, comparison, violation of business secrets, among others) that are maintained in the Bill, but also include sales at a loss, decoy practices, pyramid selling , and covert commercial practices, as well as abuse in a situation of economic dependence (market power is not required, as indicated by the LORCPM).

Under the LORCPM, unfair practices that affect “competition, threaten economic efficiency, or the general welfare or the rights of consumers or users” were prohibited and punishable. The Bill seeks to differentiate between unfair practices that only affect individuals (which can be claimed before Civil Judges), and those that affect economic competition and general interest, called aggravated acts of unfair competition (which can be claimed before the Superintendence of Economic Competition or by civil means, and establishes penalties of 8%, 10 and up to 12% of the gross income received by the offender in the previous year).

In addition, it should be noted that the reversal of the burden of proof is contemplated, that is, the accused must prove that there is no infraction. 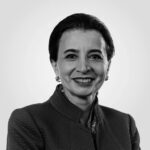