On the occasion of the issuance of Law 2195 of 2022, or the new Transparency Law, the administrative sanctioning regime against legal persons for the commission of crimes in organizational contexts has been extended and expanded in Colombia.

Previously, this regime was limited to the commission of a single crime (bribery for giving or offering) by the administrators or legal representatives of a commercial company or branch of a foreign company. Currently, there has been an expansion of both the objective aspect (crimes for which administrative sanctions can proceed against legal persons), and the subjective aspect (natural persons who can trigger sanctions through their crimes and legal persons who can be punished).

In relation to the first, it went from bribery for giving or offering to include in this catalog all crimes against the public administration (although technically not all crimes of this nature can be committed by administrators of private companies), crimes against the environment (recently reformed), crimes against the economic and social order (including smuggling, customs fraud, money laundering, among others), and some crimes related to the financing of terrorism and the administration of assets related to criminal organizations. In this way, the catalog of crimes was expanded, being possible to maintain that it evolved from a “sanctioning regime for acts of corruption” to a “sanctioning regime for criminal acts”.

Regarding the latter, while before only the criminal act of an administrator or legal representative triggered the jurisdiction of the Superintendency of Companies to sanction the legal entity, now this also extends to “officials”, a problematic word that could be understood to include to any employee of the organization.

Likewise, now not only commercial companies and branches of foreign companies may be sanctioned, but also State industrial and commercial companies, non-profit entities and, anti-technically, the new law also mentions legal persons that integrate consortiums or temporary unions, which would be framed in any of the previous categories.

It should not be forgotten that all these modifications have profound effects on all companies in the country, since the sanctions that the various superintendencies or supervisory bodies may now impose for these matters are not minor: fines of up to 200,000 SMLMV plus the highest value divided by the benefit obtained or intended; inability to contract with the State on a permanent basis; prohibition to receive incentives or subsidies from the State for up to 10 years; publication of the sanction in the media for up to one year; and/or removal of administrators or employees, all of which is registered in the Chambers of Commerce.

In this way, the implementation of true compliance programs that allow the effective prevention of crimes in their organizations and that, in a sanctioning process, allow discrediting compliance with the requirements that structure this administrative responsibility, returns to the center of the needs of companies. , namely, that the company did not benefit or seek to benefit from the crime and that it did not condone or tolerate its commission. 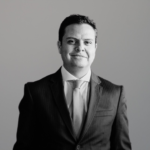